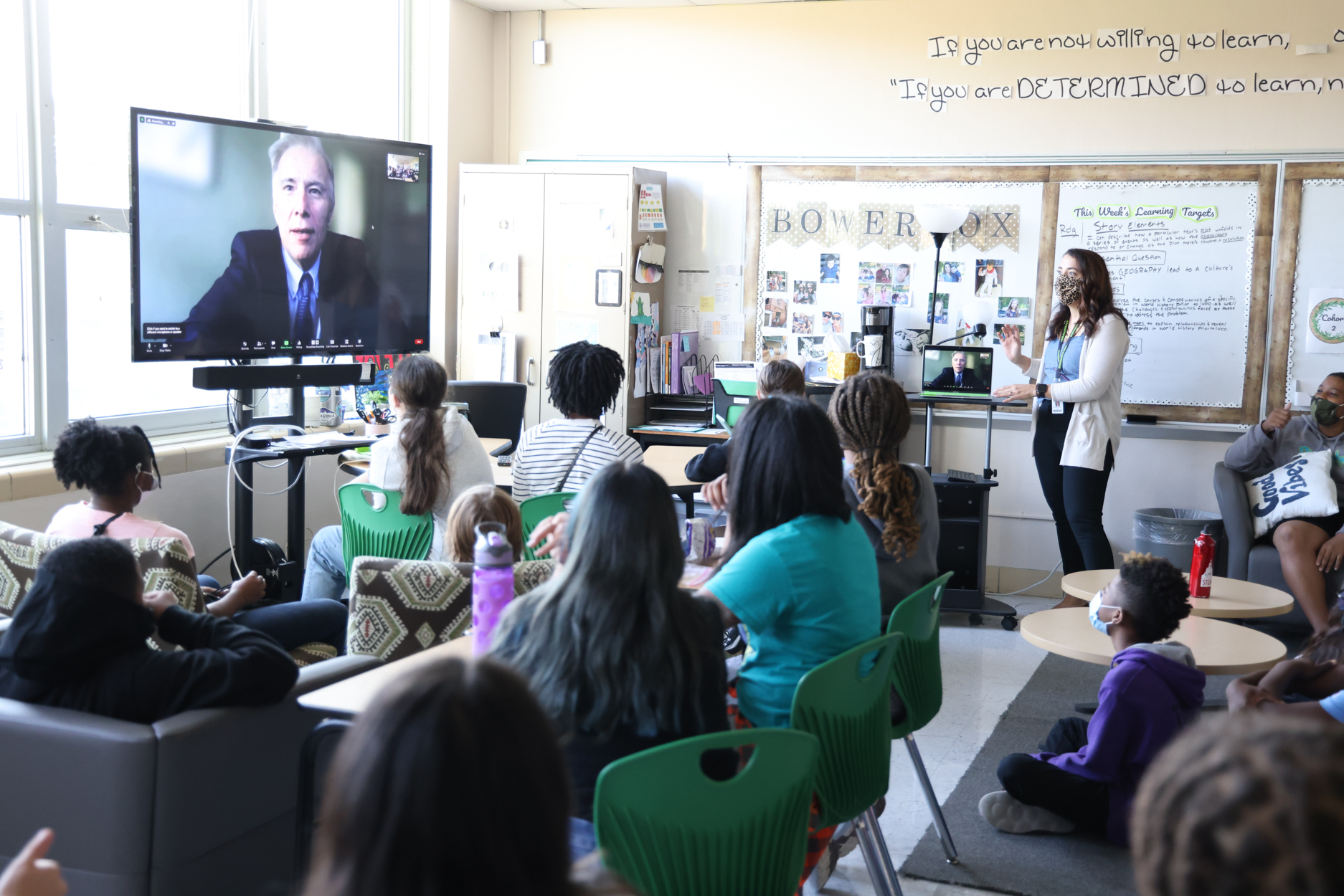 When preparing for a unit on the classical period of Greece, Holman Middle School Pirate Academy English and social studies teacher Maegan Bowersox watched a video on National Geographic about the Greeks.

“I was watching ‘From Cavemen to Kings’ and Dr. Michael Cosmopoulos was speaking with a lot of authority about this topic and I noticed on the video that he was attached to UMSL here in St. Louis, so I sent him an email,” she said. “I asked if he’d be willing to talk to our students about his experiences and he agreed to do it.”

Cosmopoulos, an archaeologist and professor of Greek studies at the University of Missouri - St. Louis, was working on an excavation near the modern village of Iklaina in 2011 when his team discovered a tablet that dates sometime between 1490 to 1390 B.C.

“He is actually credited with finding the very oldest piece of writing in Greece,” Bowersox said. “The kids got to experience that in a video yesterday and so they had lots of questions about the archeological process and how to determine the age of an artifact after finding something.”

After his Zoom presentation about mythology and his fieldwork on Oct. 12, he answered questions from the students.

Bowersox was excited to offer this connection to her students.

“What we’re doing is really helping the kids see that history is living even if it’s thousands of years old.”